Fated to Fail – Will I ever succeed?

Feeling fated to fail is an unhappy, common feeling. I felt that way for a big part – maybe most – of my life. And there’s a cure.

What do you do when projects fail even though you’ve done everything right? Or when you do everything you can, but someone else fails to perform or outright torpedoes you? I’ve asked these questions dozens of times. I asked them every time a project failed because I wanted there to be something, someone, other than me to blame for things going wrong.

The hardest lesson I’ve ever learned is that I’m responsible for a lot more of what happens in my life than I want to believe. Nobody is fated to fail. Sure, anybody can get to feeling that way. After all, there really are things outside our control, right?

Nobody chooses their parents. When I was a child, there were lots of times when I wasn’t able to succeed because my parents kept me from success.

There was the time I wanted to join a choir. Bobby Fitzgibbon and I went to these tryouts for a travelling children’s choir. Neither of us really cared about being in the choir, but we liked to sing, so we went.

We sat in the gym at the local public school with a couple of hundred other kids. It was two days – two mornings – of singing, and it was on a weekend. People from the choir walked up and down the aisles while we sang. They never told anybody to leave, but every once in a while they would ask one of the kids to change seats. It was the second day when they asked me to change seats.

The only thing I remember about telling my mother is that the answer was no. Joining the choir cost $50, and there would be no money for that. To me, as a kid, I failed before I even got started.

Things like that build up over time. Little failures – like the straws on a camel’s back. Have you ever really noticed that phrase before? It’s the straw that breaks the camel’s back, not the bale or sheave. Life is like that, too.

We pile straws on our own backs. The successes or failures we experience pile up until we begin to believe were fated. When it’s failures that build up, we start thinking we’re fated to fail. When we start to believe that, there are little things we do to make it true.

Let me give you an example that’s current. I recently finished my seventh how-to book about marketing and business building. Each of those books is about marketing, and every single one talks about the need for a list, how to build a list, and how to maintain a list to some degree. Yet I don’t have a list. Think about that.

So, am I fated to fail? No, we can all look at this and say I’m clearly sabotaging myself. All I have to do is finish what I’ve already started, and I’ll have a list built up in a couple months, right? But here’s the thing… The only reason this is so easy and clear to spot today is that, a few years ago, I took the radical step of deciding to believe that what happens in my life is a result of my choices. And what a pain in the arse that has been.

How hard is it to look at your failed marriage and ONLY consider the things you did wrong? I mean, the other person is a real b*^ch or bas^a%d, right? If you’re like me, you can easily list all the things they ever did wrong, and especially all the stuff they did to hurt you. And hey, I only did what I did because she did this or that, right? Man that argument feels so good when you really want it to be true.

But the fact is that I did what I did because I chose to do it. It’s that old bit about two wrongs not making something right. She throws my stuff on the floor so I yell. We’re both wrong, and we’re making bad choices that make things worse.

So what’s the cure? I said there was one, right? And what’s really cool is that the cure is super simple. I won’t quite say it’s easy, but it’s definitely simple. (Check out William Glasser International – because no, I didn’t come up with all of this on my own.)

The thing you have to keep in mind is that you’ve had a lot of practice doing things one way, and now you’re going to work at doing things another way. Oh, and the younger you are, the harder it can be to make the shift. Teenagers especially have a lot of peer pressure, not so much support, and they’re working at defining who they are as a person. Everyone who tackles the cure is going to feel like a salmon swimming upstream, and teenagers often feel like the stream is the Colorado River.

So here’s the cure – it’s simple: You replace POOP with PEP.

Here’s how it works… we replace a POOPy habit with a PEPpy habit:

Well, my own experience tells me it’s simple and easy to do, but I definitely have to keep reminding myself to do it. Being PEPpy hasn’t quite become natural to me, yet. I’ve gotten pretty good at trusting, listening, supporting and encouraging myself – which is the first step. You know, learn to love yourself and all that. Now I’m working on replacing being POOPy with others so I can be more PEPpy and positive and helpful.

What do you think? Think you can get good results with POOP – because fertilizer is a good thing, right? Or is it better to put a little PEP into your day?

Back on Track – Day 70 of Countdown

Back on Track – Day 70 of Countdown 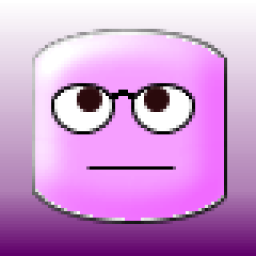